What is Latex Mattress? What Are Benefits? 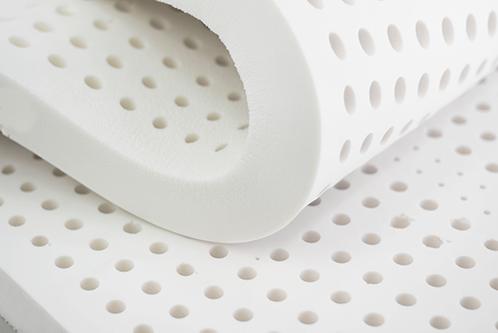 One of the questions I get all the time is about latex. People hear about latex or maybe they come across it in their mattress search, but it’s not a household name that they’re familiar with, like maybe memory foam or spring.

I want to give you a little bit of an overview of latex. What it is and a few of its virtues and also explain some of the different types of latex that you’re likely to come across. 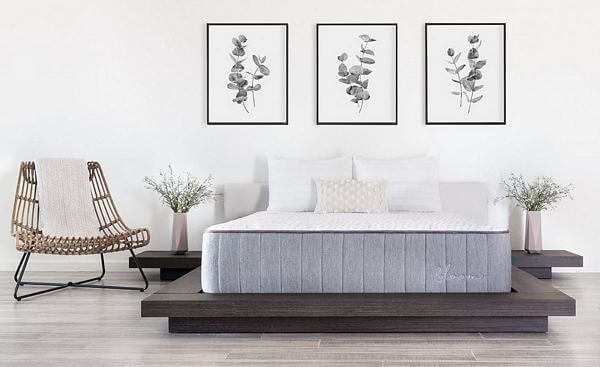 Latex is rubber. It is made from the sap of a rubber tree. It is turned into a foam when it’s used in mattresses. Don’t think of it like a rubber bouncing ball. Think of it as a rubberized foam or a foam rubber. It has that same elasticity or elastic quality that rubber has, meaning that it’s very quick to respond to your movements.

We consider it to be the diametric opposite, in mattress terms, from memory foam, which is a very slow response material.

Latex has a lot of real buoyancy to it. When you’re lying on it, most people describe it as having this sense of floating on the mattress. More so than other materials may provide.

Memory foam is gold standard for pressure relief because of the way it melts underneath you and responds to everything from your pressure to your temperature.

But latex is also a very good pressure relieving material. But it’s also better for support than memory foam. It’s more likely to be able to reach up and support your concave areas, for example, your lumbar area. When you’re lying on your back is more likely to be well supported on a layer of latex than on a layer of memory foam, where the memory foam has a tendency to melt away underneath any heat that it’s sensing.

In terms of the different types of latex, you’re likely to hear terminology like Talalay and Dunlop. If you’re really digging into your research, you may hear a term called continuous pour, which is sort of a slight variation on Dunlop.

But basically most people focus on Talalay and Dunlop.

Both of them are processes for making latex. They result in a slightly different type of latex.

Talalay is a little bit more of an involved process, costs a little bit more as a result. What they do in a sense is they take this the wet form of the latex foam, when it’s still just sort of the porridge, and they vacuum seal it in a chamber and then they expand it.

It expands to exactly fill the space inside that chamber and then they flash freeze it before they vulcanized it. The result is that the latex particles in the resulting foam are incredibly evenly distributed through that block of latex.

Dunlop works similarly. They just take that porridge and they stick it in something that looks like a cake container with no lid. Basically it’s just gonna bake like a cake. There’s not gonna be the same uniformity of the particles.

In fact what you’re going to see is that the heavier particles are gonna settle more to the bottom of the Dunlop layer then the top.

In general, with Talalay, you could take that block of foam and slice it up and you’re gonna get absolutely uniform slices, from top to bottom. With Dunlop, if you were to slice it, you’d have a denser, firmer piece of latex at the bottom and at the top, it’s gonna be a lighter, fluffier layer of latex.

What does that mean to you’

What all it means is that with Talalay you’re gonna get a bit of a softer feel. If you’re looking for soft feel, Talalay manufactured latex has better ability to achieve a really soft feel then a Dunlop process does.

So people looking for that latex feel with a really soft, plush comfort layer, they are gonna be a little bit better served on Talalay than on Dunlop.

Dunlop however has a lot of advantages as a support layer.

If you think about it, with the way that the particles settled, it gives it a progressive resistance. As you press down on Dunlop latex, you press down more, it’ll press back more. Because of the fact that it’s getting denser the further into it you get, it’s like a spring.

You can have a mattress that’s great made from all Dunlop or all Talalay. I’m only giving you just the nuances of where there might be certain tiny advantages to one over the other.

The distinction there is you have three types of latex. You have synthetic latex, which is actually a petroleum-based product, just like polyurethane foam that is made to emulate the exact characteristics of latex. I mean it is latex, it’s just artificial synthetic.

And then in the middle you have what they confusingly call natural latex. But if they don’t call it all-natural or a hundred percent natural, they just call it natural, it means it’s a natural blend.

I always call it natural blend when I know it to be a blend, not natural, because I think that’s a misleading term. You should know that when you’re in a store or looking at a manufacturer’s website, if they just call it natural, it means it’s probably about 70% synthetic and only 30% actual sap from the rubber tree.

Those things have a pretty big distinction because for some people having natural materials is a really important criteria. The difference between natural latex and synthetic latex makes a world of difference to them. That’s not to say it’s gonna make a world of difference in terms of how it feels or how it performs over time.

I think it’s a meaningful distinction because of how important that particular criteria and preference for natural materials can be for some people.

Those are some of the things that you want to be thinking about when you’re choosing latex and just some terminology to be aware of as you’re shopping for a latex mattress.

Next you gonna learn about the two things that you’re most likely to come across in your search of latex mattresses and that’s I.L.D. and density.

The cool thing about I.L.D. and density when it comes to latex is that they’re very closely related. In fact they’re almost one and the same thing.

I’ll explain what I mean by that in a second.

In the case of I.L.D., this is a term that stands for indentation load deflection. It’s a fancy way of saying how hard or soft is the latex. This is true of any foam, not just latex.

By pressing down on it and seeing essentially how much force it takes to press it down a certain amount. And then they give that a number in terms of pounds.

The reason I say that density and I.L.D. are very similar when it comes to latex is because the way you control I.L.D. with latex is how dense it is, which means effectively how much it weighs per cubic foot, how many latex particles are in there.

The more latex particles that are in there, the firmer it will be. The less, the softer.