Review of Snowman Down Comforter 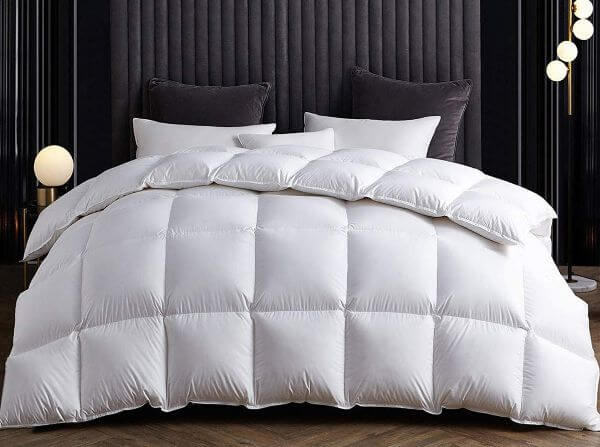 If you’re shopping for a fluffy down comforter that will keep you warm at night while also preventing you from waking up hot and sweaty, the Snowman down comforter is a great option.

That’s what I’m going to talk about here.

I’m going to discuss its construction, my personal experience with it, and who it’s a great fit for and who it’s not.

Let’s get this party started.

It features a 100 percent cotton shell on the outside. It has a wonderful overall feel to it and is smooth to the touch.

A lovely beige, almost gold, piping will run along the sides of the comforter, giving it a nice luxurious aspect.

There will be duvet tabs on all four corners. On all four sides, there are also duvet tabs. So there are a total of eight. It’ll be simple to tuck this into a duvet cover to transform the look and feel of this down comforter.

The comforter will have a baffle box design in terms of overall design.

To keep the fill in place, sewn throughs are sewn all the way through the comforter. The baffle box has a more cube-like form to it. It permits the fill to expand completely.

Just a little comment about the front cover. It is anti-mite, hypoallergenic, and down proof, according to the manufacturer.

People with allergies who sleep under a down cover frequently experience runny noses and watery eyes. This down comforter, according to the manufacturer, should not cause this problem.

White goose down will be used on the inside, with an 800 fill power and a queen size of 55 ounces.

Now I’d want to share my experience with the Snowman down comforter.

Starting with the feel, it has a pretty pleasant feel to it on the outside; it’s made entirely of cotton and is quite silky to the touch. It is worth noting, however, that it is on the crinklier side, and some people have issues with down comforters, particularly those with a crinklier outer shell.

As a result, if you sleep under it at night, it may wake you up. This was not an issue for me, but it’s something to keep in mind.

The duvet tabs on all four corners and sides of this blanket, on the other hand, are fantastic. It, if you want to reduce noise and give the exterior a different vibe, it’s simple to do so with a duvet cover. 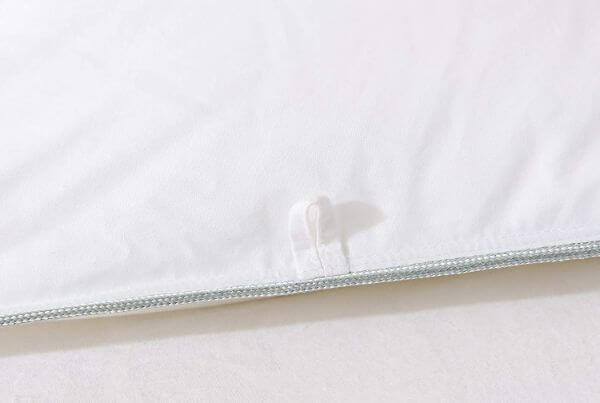 When it comes to loft, this is what really sets this down comforter apart. The Snowman has a fluffy, lofty appearance and feel to him.

When you look at the side of the comforter, which is really the side of the mattress, it actually rises up off the top. Inside, you have an 800 fill power down fill. It’s still quite fluffy, a really full down comforter, despite the fact that it’s only 55 ounces.

It’s also extremely lovely to sleep underneath it; it has a cloud-like feel to it, so it’s very nice to sleep beneath the Snowman.

When it comes to temperature, many people with down comforters or down alternative comforters complain about sleeping hot, waking up hot, and sweating.

Despite the fact that this is a warmer down comforter, I did not wake up sweaty. I believe it is still a breathable comforter with good airflow thanks to the cotton.

It’s also a lightweight blanket, weighing in at only 55 ounces, so it’s fluffy, warm, but not overly so. It shouldn’t keep you awake at night.

Let’s start with the advantages. Who do I believe the Snowman would be a suitable match for?

First and foremost, if you’re searching for a super-soft down comforter, the Snowman is a great option.

Again, 800 fill power, plenty of fluff, and a baffle box construction that really lifts the mattress to the top.

If you’re looking for something exceptionally fluffy in a down comforter, the Snowman should be at the top of your list.

Also, if you’re looking for a down comforter but don’t want to spend a lot of money, the Snowman is a great option.

Right now, the queen size is only under $160, which is a fantastic price for a high-quality down comforter. If you want something this excellent, expect to spend $300, $400, or even $500.

Last but not least, if you want a fluffier, warmer comforter but don’t want to sleep hot at night, you should check out the Snowman.

What’s fantastic about this is that it has a highly breathable outer shell, a lighter fill, only 55 ounces of down fill, and enough of ventilation, so you get that fluff, some excellent insulation, but you shouldn’t be sleeping overheated. 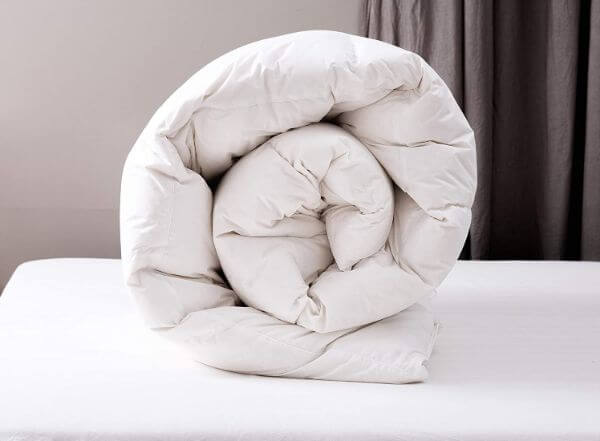 Now I’ll discuss the disadvantages, or those I believe the Snowman isn’t the ideal fit for.

To begin with, some individuals regard down to be unethical, while others desire to avoid it for a variety of reasons; if this describes you, you should probably avoid the Snowman, as it has down in the fill.

If you suffer from allergies, you might want to look for something else. Although the firm claims that this is hypoallergenic, I recommend that if you have severe allergies, you opt for a down option. With a down alternative comforter, you won’t have the dust mite buildup and you won’t have as many allergies.

Last but not least, when it comes to price, a queen-size down comforter for $160 is a fantastic offer. However, for some people, this is still too expensive, and if you want to save money, you may purchase a down alternative comforter that is far less expensive.

Now I’d like to address some common inquiries concerning the Snowman down comforter.

What is the price of the Snowman down comforter?

What is the fluffiness of the Snowman down comforter?

It’s a pretty fluffy comforter, in my opinion. It has 800 fill power, white goose down inside, 55 ounces, and a baffle box construction, making it one of the fluffier down comforters I’ve seen.

Does the Snowman down comforter keep you warm at night?

It does not sleep hot in my experience. It has a cotton outer shell, which provides excellent breathability. There’s 55 ounces of down in this comforter, so it’s not a hefty down comforter, and there’s plenty of area for airflow. Personally, I did not have a pleasant night’s sleep beneath the Snowman.

What type of down does the Snowman have?

They really stuff it with white goose down. This down comforter has 800 fill power and weighs 55 ounces.

You should now be able to determine whether the Snowman down comforter is the best option for you.