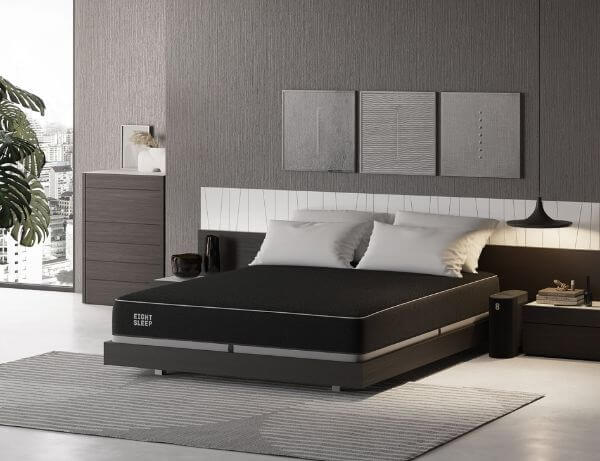 In this article I review the Eight Sleep Pod Pro Cover.

This is a new add-on from the brand Eight Sleep which you put on top of your mattress.

Some of their previous beds were smart beds and they’re big bulky lumbering things and you have to have their exact mattress if you want to use the technology.

But this one is cool because you don’t have to have an Eight Sleep product. You can put this on any bed and I’m gonna talk about it because I’ve been trying it out for the past month.

Basically in this article I’m gonna cover everything that you need to know about the Eight Sleep Pod Pro Cover, starting with the policies that this thing will come with, then I’ll talk about things that I liked, some things that I didn’t like and at the end I’ll try to have a final verdict so you can decide who is this thing best for, should you get the new Eight Sleep Pod Pro Cover.

I’ll obviously talk about price and everything else you need to know.

Let’s get into this.

Right out of the gate let’s cover some of the policies.

The Eight Sleep Pod Pro Cover will come with if you do decide to order it.

This thing comes with completely free shipping. It’ll show up to your house in two boxes and it’ll probably take you less than 10 minutes to get the whole thing situated on top of your mattress.

The part that does take a little bit of time is the priming of the device and setting up your account in the app.

It’s pretty easy to set the account up, but the priming process will take a little bit of time. You have to fill the thing with water and let it cycle through a couple times.

Once the thing is in your possession, you get a 30 night sleep trial. Once it’s all set up, you can try it for 30 nights and decide if you do like the new Pod Pro Cover. If not you can get free returns within that trial period.

The thing is backed by a two year warranty.

This is definitely one of those products where you want to read the policies and warranty before you end up buying it, because it does have some tech involved. It’s way different than a normal mattress warranty.

First off I want to cover what the Eight Sleep Pod Pro Cover is and what it does.

It basically is a cover that attaches to your bed and it’s pretty simple. It comes with this thing called the hub, which will sit beside your bed or on a bedside table or wherever you decide to put it.

You actually fill that thing with water and the water circulates through your mattress and using the app you can control how warm, cold or neutral the bed feels.

The bed also has some vibration features to wake you up. It has a vibration alarm feature and then the app does all of the sweet sleep tracking.

The hub connects to your mattress through a hose system and you will have to connect it to your Wi-Fi network. If you do have Wi-Fi that will definitely help. If you don’t have Wi-Fi, this thing probably won’t work. So it’s something to keep in mind. 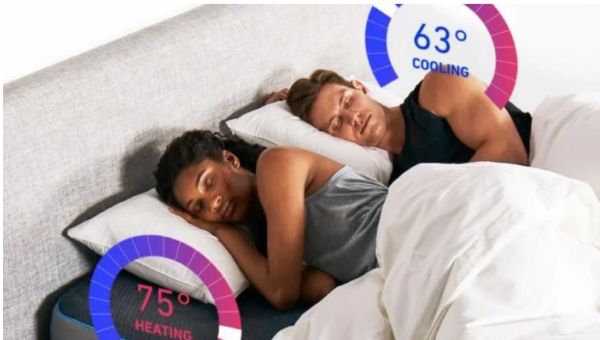 Now that we got all of that stuff out of the way, let’s cover some of the fun stuff.

What does the Eight Sleep Pod Pro Cover do really well?

The main thing that it does excellent is temperature control. The cover is divided in half so you can have two different temperatures on either side.

While a lot of mattress companies claim to be able to regulate your temperature throughout the night, the Eight Sleep Pod Pro Cover and the other Eight Sleep beds really can do that.

This thing will pump water through the cover, which will change the temperature of your sleeping surface.

The temperature control is probably the coolest thing about this bed.

Since it goes both ways either hot or cold, you can use this thing year round.

if you sleep with a partner, it’s really nice to have control of either side of the bed. You could turn one up to 10 and make it really hot and you could turn the other really cold. This might be good if you and your partner like to sleep at different sleeping temperatures.

The other thing that this bed does that’s really cool is their sleep tracking technology. That is all sent to the app and has data in your phone.

I find this stuff to be really interesting, but for the average person, that might not be that into sleep, it’s just another feature.

But if you do really want to know about how you sleep and how good of sleep you’re getting without wearing one of those wearables or something, this is a cool thing to have.

Having this all built into the bed is a pretty nice feature to have. I’ve tried going to sleep with a wearable or one of those things that’s supposed to track your sleep and I always find that they are just weird and awkward to sleep in and I never have a good night’s sleep with one of those on.

But with this bed you can actually have a good night’s sleep and still get all that data.

The next cool feature this bed has is their built-in bed alarm and it’ll basically vibrate a little bit to jostle you awake.

I tried it a couple times and it’s not the thing that I’m gonna use for the rest of time. It’s cool to have and if you are afraid of earthquakes, you probably won’t want to use this thing. But it is a nice feature and I’ll probably try it out a couple more times. 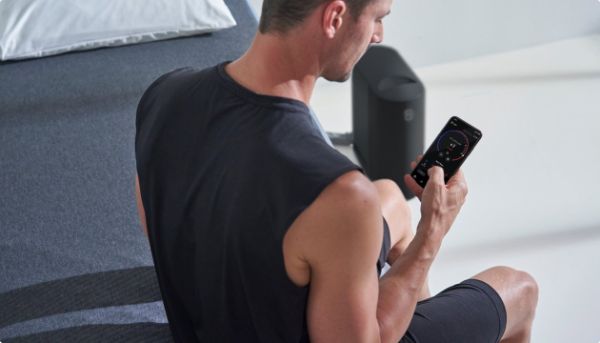 Another thing is the app integration.

The app looks really clean and nice. It has great controls. I tried out an old version of the Eight Sleep Pod and it had an older app and they have definitely come a long way to making this app usable and great looking.

Let’s talk about things that I disliked about the Eight Sleep Pod Pro Cover.

But getting right into this critical look of my own personal opinions, I just want to say that the cover feels a little bit odd.

This is definitely a step up from some of the old Eight Sleep Pod mattresses that I’ve tried. This new one has some comfort foams that’s basically trying to mask the feel of the cooling system that runs through the bed.

If you are very sensitive, you might notice the feel, but I would be willing to guess that most probably won’t even notice it.

The cover will probably firm up your bed ever so slightly, so keep that in mind.

Another thing that has to do with firmness and feel is that there is a seam in the middle of the Pod Pro Cover. That’s basically so you can have two different temperatures on either side.

But if you do like to sleep right in the middle of the bed, you might notice this thing. I did a couple times and it’s just something that I want to report on.

The hub also makes a pretty quiet noise. If your room is completely silent and you live out in the middle of nowhere, you will probably notice this thing.

But if you live in a bustling city, it’ll probably just blend in and be white noise.

The last thing I noticed is there were some Wi-Fi connectivity issues. Getting it on the Wi-Fi was no trouble but sometimes after I wake up in the morning the thing had disconnected throughout the night. This may be because of my Wi-Fi set up. There’s really no way of knowing or my provider or whatnot, but hopefully you don’t have these similar issues.

Those were just some minor things that I noticed after trying the bed out.

But now I want to talk directly to Eight Sleep.

Here are some things that are basically on my wish list of features to add.

The first one make this thing work with adjustable bases. The Pod Pro Cover that I have has these bars in the middle and if you decided to adjust it, it might break something.

Next, iPhone, widgets, if you could make a widget on the iPhone screen to control it directly from the home screen that would be great.

Continue to mitigate that bumpy feeling. If you can, make the grid that has all the water veins in it feel completely like a normal bed, I think you’re well on your way and having a completely silent hub would be great too. 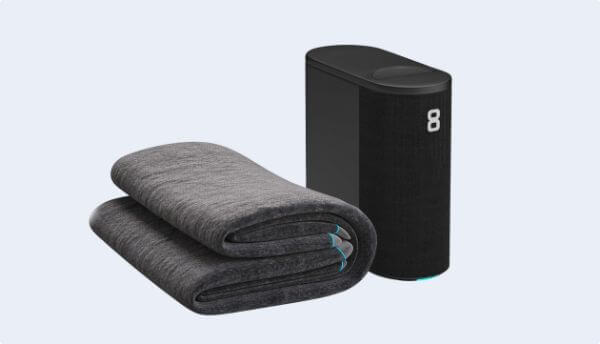 Price wise, the Eight Sleep Pod Pro Cover goes for around $1400 for a queen size. But keep in mind that sometimes mattress brands like to change the prices of their products.

Those are all the main things to consider if you’re thinking about going with the Eight Sleep Pod Pro Cover.

But let’s try to answer the questions of who is this thing best for and who should end up getting this thing.

I couldn’t see you going wrong with this cover if you’re looking for something to actively cool you down or heat you up at night.

You’re a fan of new technology and want to be able to actively track your sleep on a nightly basis without any extra wearables.

Or you and your partner sleep at drastically different temperatures and want to try something completely new.

This thing is really cool. It’s got some great features that we haven’t seen before in a cover.

I think in one or two more versions everyone will know about Eight Sleep and it’ll be a household name.