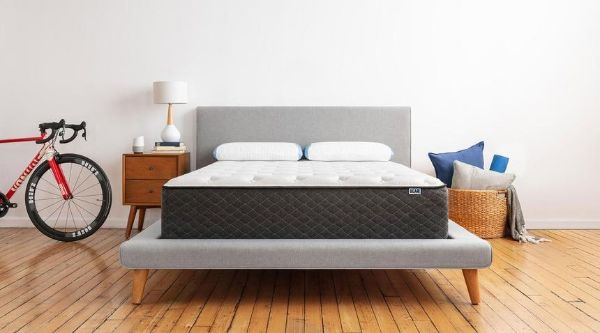 In this article I’m gonna be comparing Bear mattresses.

Bear as a brand makes three different beds and they go with more of a good, better and best model.

They have the original flagship Bear mattress, they also make the Bear Pro and the Bear Hybrid. If you’ve come across Bear, you’re probably wondering about the beds themselves and the differences between them and that’s exactly what I am going to be talking about in this article.

I’m going to talk about what these beds are made of what, they feel, how firm they are, how much they cost, what sort of policies they come with and then I’m going to figure out why you might want to get one of these beds.

Let’s start talking about the policies that Bear comes with, stuff like shipping, returns, trial periods and warranties.

Should you decide to get one for yourself, you’re going to start off with totally free bed in a box shipping. Once the bed arrives you get 100 nights to try it out in your own home to decide if it’s really the mattress for you.

If for whatever reason it isn’t, within those first hundred nights you can get totally free returns, but should you decide to keep the beds, they back Bear Pro and the original Bear with a 10 year warranty and Bear hybrid with a 20 year warranty.

These policies are all pretty standard for the online mattress base and the whole unboxing process is actually fun. 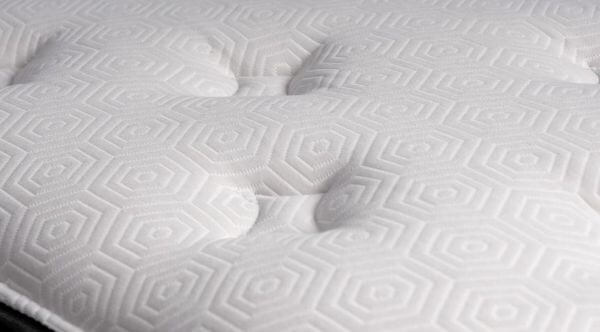 Let’s quickly talk about one other big thing all the Bear mattresses have in common and that’s that they have a cover that features a material called celliant.

This stuff is a textile that’s been approved by the FDA as a general wellness device. It’s supposed to do all kinds of things, like increase circulation and improve recovery times, which is why Bear primarily markets themselves to athletes.

Unfortunately this isn’t really something I’m able to test. I would need a full-on laboratory for that, but I know a person who actually sleeps on a Bear mattress and says there is something to the celliant cover.

So if you lead more of an athletic lifestyle, it might be something worth looking into.

This is a 10 inch all foam bed that starts off with a dense layer of support foam, a layer of transition foam and then a primary comfort layer of gel memory foam.

This gives the original Bear mattress more of a traditional dense memory foam feel. If you’ve ever laid down on a memory foam bed in the past, this should feel pretty familiar to you.

The bed will feel pretty firm at first and then the memory foam will start to soften up and it will conform to your body’s shape.

Firmness wise, I have it right between a medium and a medium firm, which means it should be pretty accommodating for all sleeper types: back, stomach, side and combination.

Although if you are a side sleeper who generally prefers a softer mattress (most light sleepers do), this might be a little bit firm for you, but I think the vast majority of people will be just fine.

Price wise, Bear is one of the more affordable memory foam options for online beds. For a queen size, the MSRP is set right at about $995, which is pretty good already, but from what I’ve seen, Bear is pretty much always on discount.

Pricing and discounts are always subject to change, so be sure to check whatever is current.

But from what I’ve seen, you should expect to pay closer to $750 for a queen-size Bear, which is very affordable. 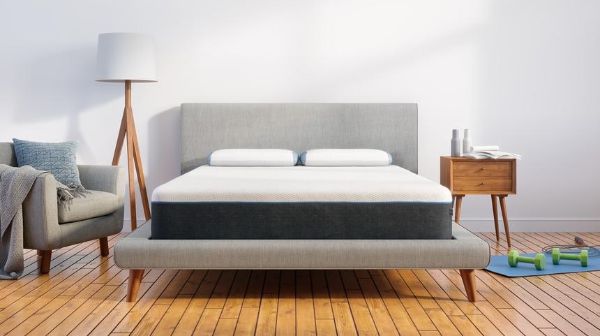 This is the upgraded version of the flagship Bear and while it still uses foam for support, it is two inches thicker and uses a bit more comfort foam. However, the extra comfort foam added into Bear Pro isn’t additional memory foam, it’s actually a layer of copper infused foam that is a neutral feeling poly foam.

This balances out the memory foam feel you get from the original Bear and gives Bear Pro more of a soft neutral foam feel. So if you’re anything like me and a more traditional memory foam feel isn’t really your favorite, Bear Pro is a great option.

Firmness wise, Bear Pro isn’t noticeably softer than the original Bear. It’s still right between a medium and medium firm. If you laid down on original bed and then laid down on Bear Pro immediately after, you might notice a bit of a difference, but it’s not really significant.

Naturally since Bear Pro is the upgraded version, it is going to be a bit more expensive. The MSRP for a queen size is right at about $1295, which puts it right in line with something like Casper or Leesa which are very popular online beds.

After discount though, I think it’ll be closer to $970 for a queen size, which is a really good value for a bed like this.

The big difference between Bear Hybrid and the other two mattresses from Bear is that it uses coils for support, as opposed to foam.

I should mention that these coils used in Bear Hybrid and pretty much all modern hybrid mattresses are quite a bit different than your traditional inner springs.

Instead of being one big interconnected unit, all these coils are individually wrapped and then lightly woven together, so you get pretty much the same level of support as traditional inner springs, but there’s going to be a lot less cross-mattress motion.

It’s not going to be as good at isolating motion as a foam will, but these modern coil beds like Bear Hybrid are going to be way better than the inner spring beds you might have grown up sleeping on.

Above those coils you have a transition layer that helps make sure you don’t really feel the coils underneath and then you have the primary comfort layers of Bear Hybrid, which include a gel memory foam and a soft neutral feeling foam.

Even though Bear Hybrid has that gel memory foam layer in its construction, that’s not going to be the predominant feel of the mattress. It has more of that soft neutral foam feel closer to Bear Pro than the original Bear.

It’s also going to be the softest of the three options, but not by much. Instead of being a medium to a medium firm, it’s right at about a flat medium. So it should be generally accommodating for all sleeper types. If you are a strict side sleeper, it’s going to be the best option available from Bear.

It will be the most expensive of the three. Right now the MSRP for a queen size Bear Hybrid is right at about $1695, which isn’t bad and again it should go on discount like the other two Bear mattresses.

That’s pretty much it when it comes to the three mattresses from Bear. Overall I definitely like these three mattresses. They’re generally pretty comfortable, they have that unique cover which is pretty cool and they give you some good options to choose from.

I’d say go with the original Bear mattress if you want the most affordable option of the three and you’re a fan of a more traditional memory foam feel.

And go with Bear Hybrid if you want a bed with coils and you want the most premium option of the three.