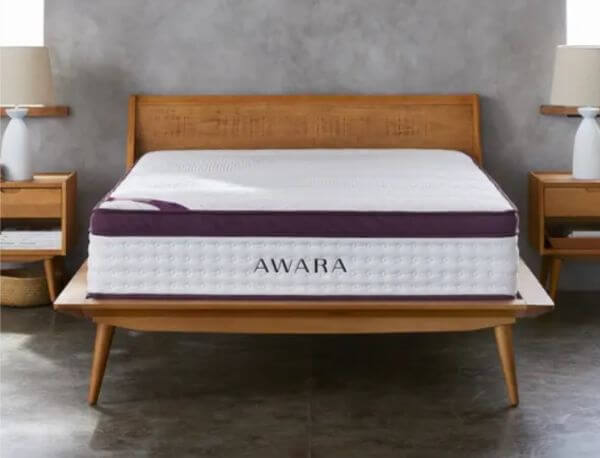 In this article I have a comparison of the newly updated Awara mattress and the brand new Awara Premier mattress.

Before there was only one version of Awara and it is a latex hybrid and these two new beds are still latex hybrids.

I’m basically going to be talking about whether or not you should spend the extra money on the Awara Premier or stick with the original.

Let’s get into the review by quickly going over the policy information for Awara. This is stuff like shipping, returns, trial periods and warranties.

Should you decide to get one in for yourself, you’re going to start with free bed in a box shipping.

Most beds these days are shipped right to your door inside of a box. It’s revolutionized the whole industry and there are a couple things you need to know about beds like this.

First off these specific beds are pretty heavy since they are made with latex foam, and you’re probably going to want a friend there to help you unbox these things. Especially if you struggle to lift things.

With these two beds you shouldn’t get much of that off-gassing chemical smell you can sometimes get with other mattresses because they’re made with more natural materials.

They should be able to inflate and reach their proper firmness level a lot more quickly than some other beds out there.

But just keep in mind if you unbox the bed and it looks a little funny, maybe a little misshapen, don’t worry about that. It’s pretty normal.

Once either bed arrives at your door, you get a trial period of 365 nights. So an entire year to sleep on it at home to decide if you actually enjoy the mattress.

At any point except for the first 30 days of that trial period, you can return it and get a full refund, which is pretty fantastic.

But should you decide to keep the beds, both versions of or come with a forever warranty.

I do recommend if you decide to purchase the mattress to read that warranty. It’s actually surprisingly short and there are a couple things in there, like what kind of foundations the bed can be used with. Spoiler alert, it can be used on pretty much any foundation.

But it’s still worth checking out if you decide to purchase the mattress.

That’s all the policy stuff. Awara is pretty generous with their policies when it comes to the warranty and the trial period.

Let’s get into what else these beds have in common. It’s actually going to be quite a lot and I’m going to start with their overall construction and feel.

Both the Original Awara and the Awara Premier are latex hybrids. This means that for its support base you’re gonna have eight inches of pocketed coils on both.

I’ve talked about pocketed coils a lot on this website and how they’re different to traditional innersprings.

The long story short is that instead of being one big interconnected unit, they’re actually individually wrapped and then lightly woven together so they isolate motion a lot better while providing the same level of support.

Having coils means both beds are just going to be a bit bouncier and more responsive than some other beds made with foam.

That means they’re going to be a good option for heavier individuals. I pretty much always recommend anyone in the 250 pound range get a coil mattress because of the added long term support and durability.

On both beds above these coils you’re gonna have two inches of natural dunlop latex foam. Latex foam is pretty unique when it comes to online beds. Most beds use polyurethane based foams.

However latex is actually naturally derived from the sap of a rubber tree. A lot of brands that try and have more eco-friendly mattresses opt for latex foam for this reason.

From what I’ve seen, Awara as a brand doesn’t have quite as many certifications as some of its competitors, but the bottom line is if you’re interested in a more natural organic and eco-friendly product, the Awara mattresses are pretty solid options.

If we’re looking at the construction of the Original Awara mattress specifically, above that latex foam you’re going to have some organic wool and then the cover is going to be made with organic cotton.

The only real difference between the Original Awara and the Awara Premier is that the Premier features an additional two inches of latex foam. 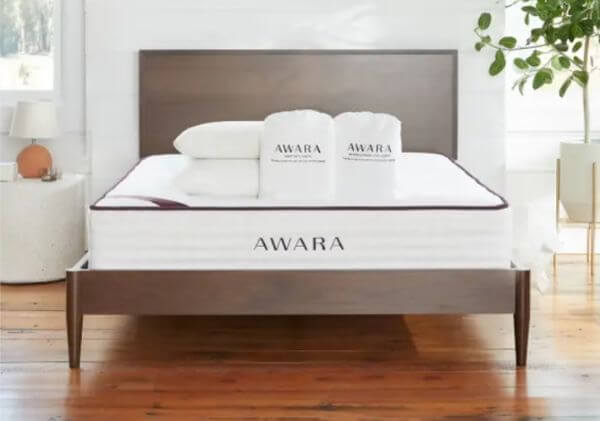 Despite this, the feels of both mattresses are going to be quite similar. I like to describe the feel of latex foam as being almost the exact opposite of a memory foam.

On a memory foam bed you really sink into it and when you relieve pressure from it, it’s very slow to go back to its original shape.

But you don’t really sink into it much and you get almost a buoyant feel on both mattresses.

Unless you’re specifically seeking out a memory foam feel on your next mattress, I think a lot of people are going to enjoy the feel of the latex foam bed. I know I certainly do. 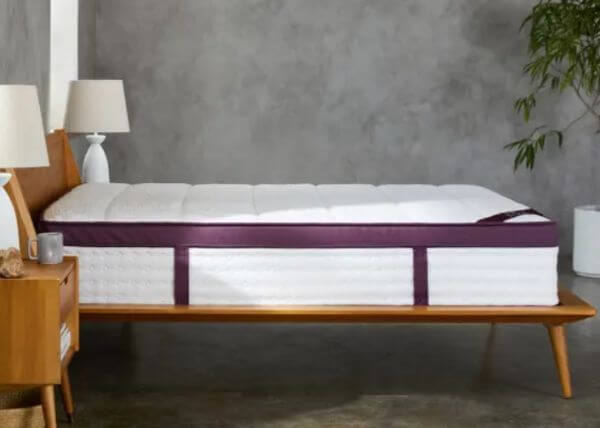 However the additional latex foam used in the Awara Premier will be a major factor when it comes to firmness and sleeper types.

The Original Awara is a medium firm on the firmness scale, which means it’s going to be most ideal for back stomach and combination sleepers.

Latex foam beds in particular are really great for combination sleepers because it is so easy to rotate between sleeping positions.

The Awara Premier on the other hand is going to be noticeably softer. I have it somewhere between a medium and a medium firm.

But if you’re trying to decide between the two and you want something noticeably softer, then the Awara Premier makes way more sense. 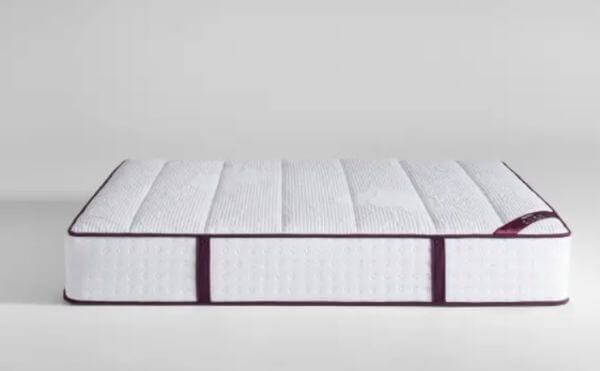 When it comes to price, I do think that both beds are pretty affordable in the world of latex foam hybrids.

But the Awara Premier is obviously going to be the more expensive option.

After discount you’re looking at about $1600 for the Awara Premier and about $1200 for the Original.

No matter which one you end up going with, you should be getting a lot of free extras with your mattress purchase.

You should be getting at least two free pillows and as I’m writing this article, they’re also throwing in some free sheets and a match protector. It is a pretty nice way to just get your whole bedroom set up in one go.

Mattress brands do like to play around with their pricing structures and what extra incentives that they offer, so this is as of when I’m doing this article. Make sure you check what’s current on Awara.

Either way, you should be saving money going with the Original over the Premier.

That’s pretty much going to do it for this comparison.

I could mention a few other things, like edge support, motion isolation and temperature regulation, but both beds perform basically the same in those categories.

The real question is should you spend the extra $400 to get the Awara Premier. I would say yes as long as you don’t want something noticeably firmer.

A lot of sleepers out there prefer a mattress that’s closer to a medium on firmness, because it’s generally more accommodating.

If you think that’s you, then I think it’s probably worth it to spend up for the Premier. But if you want something noticeably firmer, then you can probably save a bit of money going with the Original.